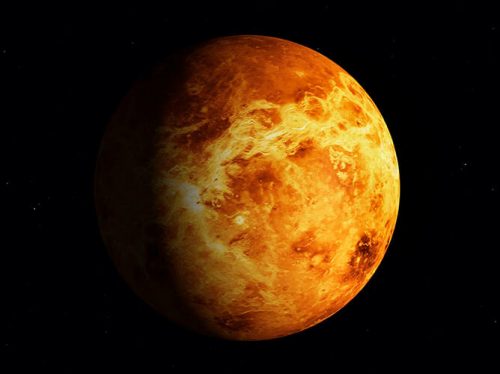 Viewing Venus Through A Telescope

Viewing Venus through a telescope is pretty simple and is well worth the effort. Even for those people just starting out in astronomy, Venus represents a beautiful planet to observe because it’s not difficult to find in the night sky.

Venus is the second brightest object in the night sky after the moon, at least for a good deal of the time. Intrepid amateur astronomers can view Venus in the daytime because of the planet’s luminosity.

Many observers refer to Venus as the twin sister to our planet Earth specifically because Venus is practically of similar size as earth and is a terrestrial planet.

Sadly, that’s where the comparison ends, however, because, although Mercury is closer to the sun, Venus is bar far the hottest planet in the solar system.

No living thing could survive on Venus because the atmosphere is basically carbon dioxide. Along with clouds of sulfuric acid, the planet Venus is entirely uninhabitable. The temperature on the surface is hot enough to melt lead and reaches temperatures around 900 degrees Fahrenheit.

Venus also has a slower rotation, spins in the opposite direction to Earth and a day on Venus is longer than a year.

Why Is Venus So Bright In The Night Sky?

Venus could be mistaken for a star because the planet is so bright; it’s undoubtedly the brightest planet in our solar system. The reason Venus is so brilliant is down to the thick cloud layer perpetually covering the planet. The clouds reflect around 75% of the sunlight back into space that reaches the planet.

Venus is also the planet nearest to our own Earth, and observers can typically see the planet a short time after sunset or before sunrise.

What Color Is Planet Venus?

Why is Venus yellow? That’s an excellent question.

Planets appear to have color because of their composition and the planet’s surface or atmosphere reflecting sunlight. In Venus’s case, the planet seems yellow because the entire world is enveloped in an atmosphere loaded with carbon dioxide and sulphuric acid clouds; the sunlight reflected appears to be a light yellow color when you observe Venus from a telescope.

Venus follows an orbit that takes the planet much closer to the sun than we do here on Earth. Because of this, when you observe Venus, it will always seem close to the sun. In fact, much of the time, you cannot observe Venus at all because the planet is hidden in the sun’s glare.

The “greatest elongation” refers to the few months that Venus is far enough away from the sun to be outside the glare and visible to us on Earth. During the greatest elongation, Venus becomes the second brightest object in the night sky, after the moon.

You may even have heard people refer to the morning or evening star; they are actually referring to Venus.

Most people are not aware that Venus shows phases similar to the moon. What’s more, the planet looks very similar to a tiny moon when observed through a telescope, minus the type of features you see on our moon.

Venus, similar to our moon, has four phases, each lasting for 146 days. The phases of Venus occur because Venus’s orbit of the sun takes place inside the Earth’s orbit, and observers can see the changing phases of Venus, which appear very similar to the moon’s.

When Venus is in position on the opposite side of the sun, observers can see the “full phase.” The planet is in the “quarter phase” when in the “greatest elongation” from the sun, and observers will see a thin crescent when Venus travels between the sun and Earth. An entire, complete cycle from new to full and back to new takes 584 days.

Why Do Phases Of Venus Get Larger?

As mentioned, when Venus is at its furthest distance from earth, on the opposite side of the sun, it will appear in full phase, but because of the distance, it seems tiny.

As Venus moves closer, it appears to grow; as this movement is occurring in front of the observer, the light from the sun seems to change angle.

When Venus begins to pass between the Earth and the sun, it’s at its nearest point to Earth and appears to be a thin crescent. In real terms, Venus is six times closer to Earth than it is on the other side of the sun; therefore, it looks more prominent because of its proximity.

How Far Away Is Venus From Earth?

Venus is the second planet from the sun and sits between Mercury and Earth; Venus is also the nearest planet to Earth. However, Mercury spends more time closer to Earth than Venus.

Venus and Earth don’t follow a circular orbit of the sun; both planets travel in ellipses, so the distance between Earth and Venus is constantly changing.

What Equipment Is Needed For Venus Observation?

If you’re only just starting out in astronomy and only have a beginner’s telescope, the good news is you will still be able to view Venus.

If you have a reflecting or refracting telescope with at least a 60mm aperture with a focal length of 800mm, and around 50x magnification or higher, viewing Venus is possible. Needless to say, if you possessed a telescope with a wider aperture, your views would be much better.

For what it’s worth, if you’ve never tried to view Venus before, it can be a tricky one because of the planet’s luminosity. As we mentioned earlier, Venus has a thick atmosphere and reflects about three-quarters of the sunlight striking the planet back into space.

When you view Venus from a telescope, you might only be able to see a bright dot of light. The best way to counter the glare is to mount a moon filter on your telescope’s eyepiece.

The density of moon filters varies, and each filter has a number for how much light the filter allows through. Choose a 25% filter when all you can see of Venus through the telescope is a bright speck of light.

Venus appears at either sunrise or sunset and will always be low on the horizon. This positioning will affect the image quality through the eyepiece because the light from Venus must travel through gases and atmospheric turbulence.

Websites and astronomy magazines are great places to find star charts that will help you find Venus. However, most people use astronomy apps available for both Android and iOS smartphones and tablets.

Several apps are free to download, usually containing in-app purchases; but,  a cheap way to get stargazing apps.

One of the best apps for both Android and iOS is Skyview. Using this app, you can turn your tablet or smartphone into AR viewfinders that identify stars, planets, and constellations. You can also get excellent information on various planets, objects, and satellites.

How Can You Find Venus Through A Telescope?

The ideal time for viewing Venus through a telescope is during sunrise or sunset, when you will see the planet’s crescent shape. Without using apps or star maps, you can find Venus this way:

While it’s exciting and exhilarating to view the night sky, Venus can be a little bit of an anti-climax. The planet has no moons, and while it’s pretty bright and close enough, because of the thickness of the atmosphere and the more or less stationary cloud cover, there is no way to observe any surface features.

The main objective with Venus is to view the planet’s phases.

Cataloging and viewing the planet’s phasing is tremendous fun and an exciting task for beginning astronomers. As Venus moves closer to Earth, the planet gets brighter and the crescent thinner.