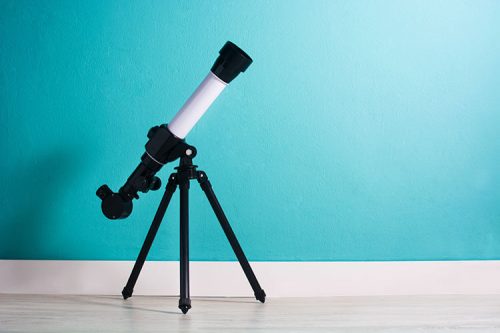 A great telescope mount is a foundation for you to carry out any worthwhile observing or astrophotography. As you undoubtedly know, a telescope magnifies what you observe; however, a poor-quality mount will magnify any movement vibrations.

In the following article, we’re going to discuss what you’ll need to know about mounts, the different types and why it’s crucial to your viewing pleasure that you choose the best you can afford.

A telescope mount has only two functions:

There are two categories of telescope mounts: Altazimuth and Equatorial.

This type of mount is the simplest type of telescope mount, more often known as alt-az or altazimuth. The alt-az has been In use since the seventies and is more comfortable and more affordable than another category of mount.

There are negatives with the alt-az mounts, and the main one is they do not rotate along the same axis as the earth. Which means they cannot track objects as they move through the sky. Celestial photography requires long shutter times, and by the time the image has been taken, the celestial object will have already moved out of the telescope’s view.

The equatorial mount is an older invention than the alt-az mount. Joseph von Fraunhofer was the developer of this mount in 1824.

The altazimuth mount moves vertically and horizontally whereas the equatorial rotates on its axis to follow the earth’s rotation. This movement allows a telescope to track celestial bodies keeping them in the frame the whole time.

As we mentioned, the drawback to the alt-az mount is its inability to rotate on its axis, and celestial bodies have moved out of frame before taking celestial photographs.

But the equatorial mount overcomes this issue which is why this mount is the only one to use if photographing the night sky is your hobby or profession.

With the telescope correctly aligned on an equatorial mount, you can aim the telescope at an object in the night sky and follow its movement using the mount’s electric motor (if it has one) or by precise slow-motion manual controls.

Typically the equatorial mount consists of a tripod and a mount head. The mount head holds the telescope and can move the telescope along two axes—the RA (east-west) the right ascension and the Dec (north-south) the declination.

The essential ingredient to using an equatorial mount is polar alignment. In practical terms this means you align the mount so when moving the telescope in right ascension the telescope’s movement precisely matches the sky’s motion.

Once you find the object, you wish to view by having the correct polar alignment will make it easy to keep the object in the frame. You will only need to adjust the RA slow-motion control to track what you’re viewing across the sky; no declination adjustments are necessary.

You can set up a motor on the RA axis that will automatically track the object for you. This automatic tracking is beneficial if you want to have long sessions observing or taking photographs.

The Dobsonian mount is a recent development of the altazimuth mount and allows for the mounting of more powerful and heavier telescopes than the typical altazimuth mount. John Dobson invented the Dobsonian mount in 1956. The mount is very popular with enthusiasts because it allows them to have huge telescopes with apertures between 6 to 20+ inches and set them up in their backyards.

The mount is basically a heavy platform placed on the ground with a rotating platform that gives the telescope the freedom to rotate 360 degrees. The telescope is also mounted so that it can pivot, giving it the necessary verticle movement.

One feature that distinguishes the equatorial and that is a large counterweight that extends from the lower part of the scope’s mount. Without this weight, the telescope would not be in balance correctly.

Fork telescope mounts are the new kid on the block when it comes to mounts. They are fast becoming the most popular mount for astronomy enthusiasts because of the flexibility and affordable price points.

Short optical tube and catadioptric (combining specifically shaped mirrors and lenses to form an image) telescopes use the fork mount. The user positions the telescope between two prongs of the fork. The forkhead is capable of both pivoting and rotating. Should you wish to do long-exposure astrophotography, you must convert your altazimuth telescope into an equatorial mount. You can accomplish this by placing an equatorial wedge between the mount’s tripod and base. The telescope will now rotate on the polar axis to follow the earth’s movement pattern.

Even better, they are mostly computerized. The fork mount isn’t quite as stable as the German equatorial, but they are more affordable and less costly.