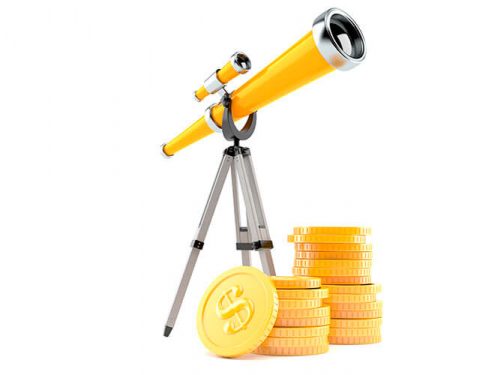 How Much Does A Good Telescope Cost

If you’re enthusiastic about getting into astronomy, but you’re asking yourself how much does a good telescope cost, this article will answer the question for you.

Many people are beginning to show an interest in astronomy, and every year the initial costs are coming down enough to make astronomy a viable option for many people.

Of course, viewing the night sky has held a fascination for humans over many thousands of years, but the reality is astronomy has never been more accessible than it is today.

Studying the sky at night has become a backyard hobby with the introduction of portable telescopes with lenses having magnification levels unheard of a few years ago. When you combine the amateur astronomers’ ability to clearly see objects that previously would only have been visible to professional telescopes and the reduced costs, it’s easy to see why interest is booming.

How Much Is The Cost Of A Good Telescope?

In broad terms, a good telescope cost can be anywhere from $150 to $1500. As with all things, the more you are prepared to pay, the better the equipment will be.

However, one of the most vital components of a telescope is optics, and by paying more money, you would expect the optics to be of much more excellent quality.

There are various telescopes available today, with more and more manufacturers bringing new ones onto the market. Choosing the best telescope is a subjective choice.

Telescopes can have features that other telescopes do not and vice versa, so this is a very personal choice, and it will depend on what you want the telescope to achieve for you.

There are two types of telescopes that we are going to talk about in this article. There is a third, but we’re going to focus on just two; a reflector telescope and a refractor telescope.

The Different Types Of Telescopes

Capturing light and bringing it into the tube is the large lens’s job; this lens is the objective lens. The objective lens creates a genuine image of what you are viewing. The image is made in the telescope’s tube.

The eyepiece lens magnifies the image so that it appears much more significant, and, therefore, you can view the image in much greater detail.

A reflecting telescope uses mirrors and not lenses to focus light, which is gathered by a concave mirror and reflected to a focal point. A second mirror is utilized to redirect that light to the eyepiece. The most well-known and popular design is known as the Newtonian reflector named after Sir Isaac Newton.

A few famous brand-name telescopes make beginner up to professional level telescopes such as Celestron, Meade Instruments, Orion, and Gskyer. The scopes they sell have apertures from 65mm up to 250mm.

The greater the aperture, the more expensive telescopes will cost. Some telescopes can cost in the region of $100 that are quite good for beginners. Still, you have to look into their features carefully, or you will quickly become frustrated with astronomy due to the terrible viewing experience.

Better quality telescopes start from $200 upwards. But as a beginner in astronomy and if it’s your first telescope purchase, telescopes between the $200 and $400 price range will offer you a choice of telescopes with serious capabilities.

Capabilities And Costs Of Telescopes

There are no telescopes below the $75 range that we would recommend if you are seriously interested in astronomy. The lower end of this budget apertures on refractor telescopes will only be in the 70mm to 90mm range. If you opt for a reflector telescope, you are looking at apertures between 100 and 130mm.

Apertures are what you look at when purchasing a telescope; the broader the aperture means your telescope can collect more light which means more to see and, therefore, better magnification of the image. Reflectors will offer larger apertures because they use mirrors, as we spoke about earlier. Mirrors typically don’t cost as much to produce as lenses.

To find anything in the night sky, you have to point the telescope in the general direction, which can be challenging looking through a telescope. Manufacturers include a device known as a finder; this will typically be a red dot finder.

You will see the Moon and craters, Mars, Mercury, Jupiter’s red spot, and its four moons through these telescopes. You might also see Deep Sky Objects providing you are viewing from a very dark environment.

Excellent examples of telescopes in this price range are:

If you can purchase in this price range will see larger apertures, which you need; plus, you will also get higher-quality eyepieces and sturdier mounts for your telescope.

For these prices, you can purchase a quality Newtonian reflector on a Dobsonian mount. This mount and telescope style will offer more aperture and excellent mounts, but they are large and heavy so that they wouldn’t be seen as a portable telescope.

You can take them into the field, of course, but they aren’t pick-up-and-go scopes.

For this money, you will also be able to get GoTo scopes which are computerized telescopes. The advantage of using one of these scopes is you don’t have to find your targets manually. Even when you have located your targets, they still move through the night sky; to keep them in view, you continually make adjustments to the telescope.

Computerized scopes remove the manual element. Once you have the telescope ready and lined up, the computer takes over finding and tracking the objects.

However, there is one proviso with computerized packages; there is less aperture for the money. So it’s a balance of less aperture and less work or more aperture, but everything you do is manual.

Similar to the first price category, you will see the same objects in the sky. However, with the greater aperture, you will see much more detail. Plus, you will see galaxies, deep-sky objects, star clusters, etc., all of those with greater detail. Apertures such as these also offer more significant magnification potential when you compare them to cheaper scopes.

Excellent examples of telescopes in this price range are:

In this price range, there’s more opportunity to purchase computerized scopes. So your optics are similar to the manual scopes in the previous price range, but now they have automated mounts. Still, the advantage of better mounts is worth it if you want to pay a little more money.

Examples of telescopes in this price range are:

Over $600, and we can begin to look at PushTo Intelliscopes. These are similar to the computerized telescopes because they will find the targets for you, but they have no motor. In fact, these telescopes are a hybrid version, the scope finds your target, but you track manually.

The advantage for a telescope owner is PushTo costs less because there are no motors, but the extra you spend goes into better quality apertures. You are offsetting the price of one against the other.

Examples of telescopes in this price range:

The above telescopes all include a finder, the eyepieces, and the mount. The Celestron NexStar 8SE also consists of a Barlow lens. These fit into the eyepiece and increase the magnification power of the microscope’s eyepieces. The eyepieces themselves are 1.25 inches and 2 inches which is the standard size for eyepieces.

As we have just discussed, how much does a good telescope cost is not a quick and straightforward question to answer. There are many variables here. And of course, it depends on the person buying the telescope. Are they complete beginners and purchasing their first telescope, or are they intermediate users who have a good idea of what they are looking for?

The budget you have available is also a significant factor when you want to buy the best telescope.

Purchasing a telescope is not a one-off either. What you use today may not satisfy your needs and curiosity six or twelve months from now. You may have the desire to upgrade the one you have or even add another one, two, or three others to your collection.

Astronomy is a fantastic hobby, and once you start viewing the night sky, you are very likely to become addicted. Also, you might like to involve your children in your hobby; astronomy is undoubtedly one of those kinds of hobbies. You never know you may have some serious competition for the use of your equipment.